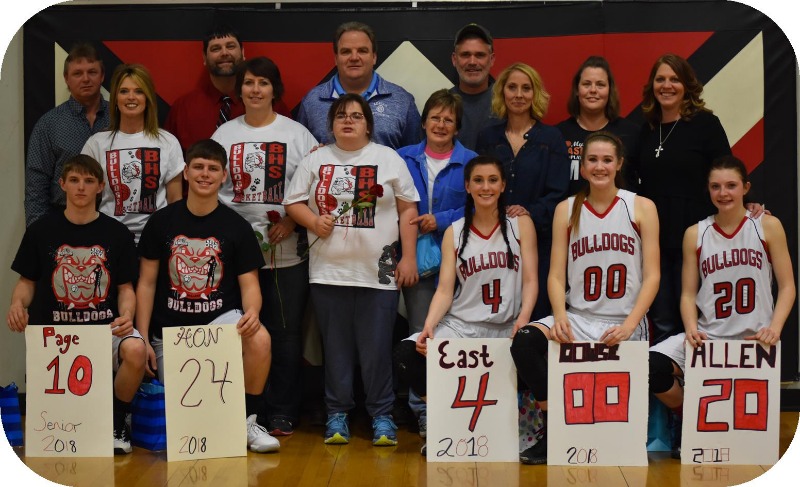 Friday, February 16, 2018, was an extremely important game for all members of both basketball teams! Not only was it Courtwarming, but it was also the night that all of the Seniors had been dreading, Senior Night. Many things were running through all of the girl’s minds: Who would win Courtwarming king and queen? Will I have enough time to do my hair and makeup before the ceremony starts? Am I going to trip and face plant in front of the whole crowd? However, the only thing on the Senior’s minds was claiming the victory for the last time on their home court. Before the game started, you could tell that everyone was a little nervous, but very determined to play their hearts out! Head Coach, Bobby Brewster had asked Senior, Jamie Tate to be the Lady Bulldog’s honorary co-captain for the night! When the team captains from both Miami and Ballard met with the officials, Jamie went along too, and got to shake hands with everyone. You could tell by the smile on her face that she was having a great time!

Thank you, Seniors, for your years of High School sports participation!