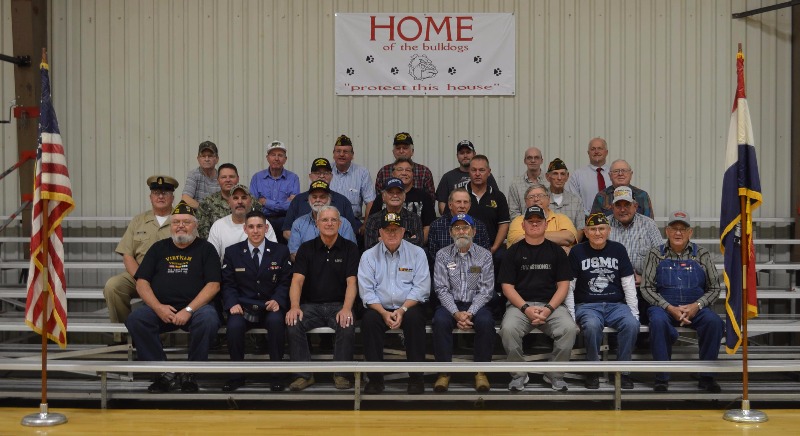 On Wednesday, November 11, Ballard R-2 School celebrated Veterans Day. First, Boy Scout troupe 163 presented the colors, and Jaeden Schliem lead us in the Pledge of Allegiance. Next, the Fourth–Sixth grade social studies classes sang “My America,” accompanied by Math Teacher Raelynn Kershner. Then, the veterans introduced themselves, the branch they served in, and anything else they would like to share. Following that, the winners of the essay contest “What Veterans Day Means to Me” presented their essays. Next Addie Dowse and Mikayla Whitaker sang “Thank You, Soldier” accompanied by  bookkeeper ,Kerri Loyd.

Then, our guest speaker, Jerry Jackson, a Pleasant Hill native who now lives in Adrian, told everyone about his experiences in the military. He was an E5 Salvage Diver with the United States Navy. Following that the Kindergarten class sang “Yankee Doodle,” and then all of the students stood and sang along to Lee Greenwood’s “God Bless the USA.” After that, there was a moment of silence for all that had fallen while Dale Dowse played “Taps.” Finally,  Boy Scout troupe 163 retired the colors. Any veterans and students that wished to stayed for refreshments in the commons area. Thank you to all our veterans for your service.